Microsoft recently released the Surface Pro 4, building on its successful Surface Pro 3 edition. The Surface Pro 3, marketed as the tablet that could replace your laptop, was already a great product. It had the brain of a PC processor in the body of a mobile tablet.

With the Surface Pro 4 there have been some key improvements. Many of these improvements are also available for new or existing Surface Pro 3 setups as after-market upgrades. 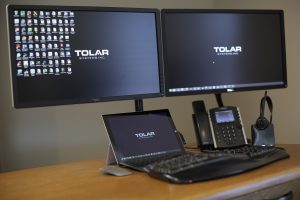 Of course, the Surface Pro 3 remains a great product. Even better, with the new release its price has been reduced; entry level set-ups of the Surface 3 now start at around $599. Surface 4 starts at $899. Windows 10 comes standard with new Surface Pro 3 tablets. Existing tablets can be upgraded to Windows 10.

Are you considering switching to a tablet instead of a laptop or desktop? Leave us a message on LinkedIn or Facebook – we’d love to hear from you.