Blockchain technology is all over the news lately, but unless you’re an avid techie, you may not know what it is or why you should care. Maybe you associate it with a high-risk investment strategy favored by iPhone wielding Millennials. If you’re like most business owners, you probably don’t think of it as something with the power to affect – or even transform – your business.

But if you think blockchain is only about Bitcoin and other digital currency you’re only seeing part of the picture. Learn more from Tolar Systems.

Blockchain’s impact is potentially as far reaching as the internet itself, so it pays for business owners to begin educating themselves about blockchain now. That way, when – not if – it comes to your industry, you’ll understand what it could mean to you and your business.

Blockchain Technology is more than Bitcoin

Today, blockchain is mainly associated in most people’s minds with digital currency like Bitcoin or Ethereum. That’s for those who are thinking about it at all, which the majority of people are not.  However, if your business is one that handles financial transactions, enters into contracts or manages records of any kind (and that’s pretty much every business, but particularly finance, accounting, legal, health care, education and real estate), blockchain technology is likely to begin making inroads into your industry sooner than you think. 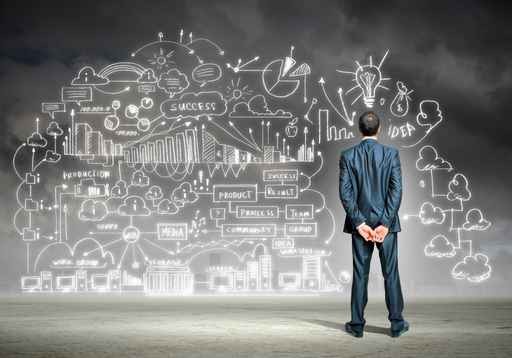 So, what is blockchain technology?

In a nutshell, blockchain is a digital recordkeeping technology that is decentralized. It is a peer-to-peer technology that allows two partners to transact with one another, without passing information to a third party whose role would normally be to establish trust. The technology itself – rather than a middleman – establishes the identity of the partners and verifies whether the contract or agreement between them has been met.

Some like to call blockchain the Internet of Value, a play on the idea of the Internet of Things (IOT). Just as the IOT allows millions of devices to pass information across the internet without human intervention, blockchain allows individuals to pass data, currency, contracts, or even sensitive personal information directly to one another without the involvement of a third party.

Consider your email. Typically, when we send an email, we log in to our email account, establishing our identity. We then send that email from our computer, across the internet to a server (perhaps one in our office, or hosted on the cloud) that processes our outgoing email. That server then sends the email to the server of the recipient, which processes and forwards it to the recipients’ email. The recipient  then logs in (establishing their identity) and retrieves the message.

In a blockchain world, this process would be quite different. We would sign up for a blockchain key, which would establish our identity. This key would be our method of identification and provide access to use the blockchain. Our transaction partner would also have a key to establish their identity. We would then send our information (perhaps a contract, some digital currency or a healthcare record) directly to our recipient.

In a blockchain world, no bank, lawyer or accountant would verify that our account holds the money or that we are who we say we are – the blockchain both transfers the value, and establishes identity and trust.

It’s easy to see how this technology is both transformative – and potentially terrifying.

Some Problems with Blockchain

Currently, identity verification is a challenge with the blockchain because the technology itself is decentralized. It doesn’t have a way to verify that someone who says his name is Joe Smith, actually IS Joe Smith. This is the aspect of blockchain that has made it a popular way for cybercriminals to demand payment during cyberattacks.

This is one reason why governments are now moving to begin regulating the blockchain. It’s also why technologies that access the blockchain have been vulnerable to cyberattacks. Hackers know that if they effectively disrupt or steal data or currency through the blockchain, their own identities are safe.

Another big issue with the blockchain is security. Loss or theft of a blockchain identity key would have potentially as disastrous results as any other form of offline identity theft, but due to the security of the blockchain technology itself (remember, there is no middleman managing this information and currently, it’s unregulated) the transaction is untraceable. Organizations and individuals must take security seriously when using blockchain because if their accounts are breached, it will be difficult if not impossible to trace the criminals behind the attack.

The Future of Blockchain

It’s likely that blockchain is here to stay, but it’s currently in its infancy. Security issues must be addressed and regulation is likely to be required before the majority of businesses will feel confident in using the technology.

However, it is already making inroads in industries like finance, where it has the potential to significantly lower the costs of doing business. And as the technology matures, it’s likely that more industries will see blockchain begin to transform how they do business.

At a personal level, we’re likely to start seeing blockchain make bigger inroads fairly soon. Currently, it’s early adopters and techies who are most likely to be using blockchain to verify identity with digital currency investments and similar transactions. But in the near future, we could see more individuals who today use services like Paypal beginning to accept payment via a blockchain-based service. And as more individuals accept blockchain, more businesses will be forced to consider whether they too will begin accepting it.

Do you have questions about what transformative technologies like blockchain might mean for your business? Contact Tolar Systems today to learn more about how we can help your business adapt to a changing technology landscape.