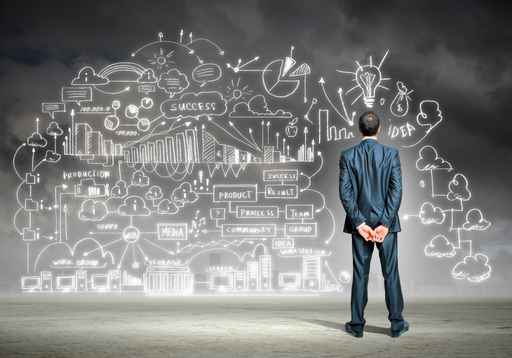 With the latest upgrade of the Windows operating system to Windows 10, many people are asking whether Tolar Systems recommends moving to the new version. It’s a great question. Windows 10 offers some advantages over previous operating systems, such as better mouse navigation, an improved browser, facial recognition, and Microsoft’s new digital assistant, Cortana – but there are still some reasons why we are suggesting clients hold off on upgrading, at least for now.

It’s a Feature, Not a Bug

As we’ll discuss in the next section, there are reasons why some of these things are not working perfectly yet. A lot of it has to do with Microsoft’s new approach to getting its software releases out the door more quickly.

One of the things that has changed is Microsoft’s approach to updates and patch management. In the past, Microsoft rolled out software patches once a month on Tuesdays. Now, Microsoft will simply release them as they are available. Change will come in a constant trickle, rather than periodic floods.

In fact, Windows 10 may be the last-ever big “release” from Microsoft. From here on out it will be smaller, more frequent improvements pushed out to users via the cloud.

Why So Many Issues?

You might be left wondering why Microsoft released Windows 10 if it still has so many issues. The answer to this question lies in changes that have happened within the IT industry over the last few years.

One upon a time, software was developed according to what was called the waterfall methodology. With waterfall, work is performed in stages called development cycles. Development cycles are followed by stabilization cycles, where anything that is broken during development or that doesn’t work as it should is thoroughly tested and debugged before moving forward.

These cycles took months, and had to be repeated several times before a software product would be released – it took years to get software and updates out the door. Fixing problems often took longer than the development itself. Delays were a constant problem.

Over the last 10 years or so, many – if not most – software developers have moved from waterfall or iterative development, to a new methodology called Agile development. Agile is based on shorter development cycles, smaller more and more frequent improvements, and the ability to easily respond to change. It’s a great methodology for an industry that is rapidly moving toward a cloud-based business model.

Agile sort of “accepts” that a software release will be prone to a few problems in early versions of a release. The idea is to make sure there are no critical issues, and then see how the software performs in the real world and address the more minor or unforeseeable issues as they arise.

Agile development is all about “moving fast and breaking things,” creating a functional if not perfect product, knowing that it will be rolling out releases and updates to fix the issues that do come up more quickly.

As a result of using this methodology, Microsoft is less focused now on trying to create the perfect, issue free software. They are more focused on getting products rolled out quickly – a mindset that will serve them as they move more of their business to the cloud.

It’s been a little bit unclear how the pricing for Windows 10 would work – although if you understand what Microsoft is trying to do, it makes sense. In general, Microsoft is moving away from a licensing type of cost structure, and towards more of a cloud-based Software-as-a-Service (Saas) model for most of its applications. They are also trying to move towards getting everyone using one operating system (OS).

Our current understanding is that Windows 10 is free for the first year to users upgrading from Windows 7 or 8. The boxed version (new installs, not upgrades) costs $119 for Windows Home, or $199 for Windows Professional. Upgrades from Home to Professional will cost $99. Updates and patches will be free for the life of the product.

Upgrades from Windows 7 and 8 are free for two reasons. One – moving forward, Microsoft only wants to support one version of Windows, and two – they need users to move to the new product despite objections pointed out by articles like this one.

The upshot for us is that immediately after rollout is not necessarily the ideal time to implement software. We recommend holding off on the upgrade for now, especially for users of Windows 7, as there are a few compatibility issues with the upgrade yet to be hammered out. We have faith that Microsoft will be focused over the next few months on fixing many of the issues that early adopters are experiencing, and once this has been done, we expect to recommend it highly to our clients.

Got questions about our recommendations or an upgrade story to share? Leave us a message below.