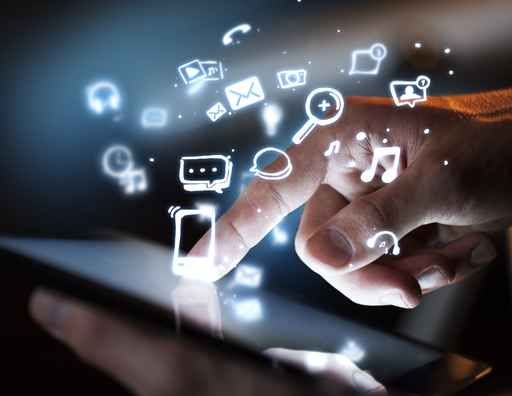 Users of Windows 7 and later versions have probably noticed that they have a tool available within their Office bundle called OneNote. Many users skip over this tool without realizing what it can do. OneNote is a tool for taking notes and organizing information you’re using in your work and finding on the web.

OneNote has a competing product called Evernote that can do many of the same things that OneNote can do, with an emphasis on “web clipping” or clipping and saving information found on the web.

The way these tools go about doing these tasks differs somewhat, and there are pros and cons to each tool. In this post, we’re going to contrast and compare the two applications and ultimately answer the question, which is better?

OneNote – What is it?

OneNote is a note taking tool within the Windows application suite that allows users to take notes and organize information that they might find on the web or elsewhere in their daily work. If your work requires you to take a lot of notes, attend meetings, and collaborate with others, OneNote can help you keep all your information more organized.

OneNote has numerous tools for note taking – because it is integrated with Office tools like Word and Excel, you can do it just about any way you like. You can draw or write notes by hand, record a memo using audio or video, scan an image or document and mark it up in OneNote, clipping a photo or screen shot from the web, or even embed a spreadsheet. You can also use OneNote to review others’ edits. In fact, for pure note-taking, OneNote is probably better than Evernote.

OneNote also has excellent tools for organization. Especially for users of Windows, the OneNote organizational tools are very intuitive – notes taken in the application are saved in notebooks that are divided up in to sections. You can create a notebook for a project and sections for individual tasks.

Another advantage for Office365 users is that your notebooks are stored in the Office365 cloud, not locally on your computer. Your OneNote Notebook can also be tied to SharePoint Team Sites, making team collaboration and sharing much easier than having to share notebooks individually. Some users find that a disadvantage of OneNote is the necessity of sharing an entire Notebook rather than a single project or page – this makes it a bit more difficult for the person you are sharing with to only look at and make changes to the specific item you wanted to show them.

OneNote’s strengths may be note taking and organizing, but Evernote excels at clipping content from the web. For workers in creative fields who need to scour the web for ideas and inspiration, and then communicate these ideas to others, Evernote is a great option. Evernote geeks will also say that the interface itself is more attractive and intuitive that OneNote, although both are fairly easy to use.

Evernotes tools are really much stronger in the area of web clipping than note-taking. Its Web-clipping tool runs as a browser plug-in; the exact features vary somewhat from browser to browser. The Chrome version is the best of the plug in tools; it allows users to capture articles and web pages without ads, or in a simplified text-only version. You can capture a full screen shot, or just create a bookmark.

Once you’ve clipped your web content you can mark it up. Circle or put an arrow next to an item you want to highlight for a colleague, demonstrate items that need to be changed, or write a note directly on the clipping. Tag the clipping to make it searchable. Save it in a notebook and associate it with a project you might be working on in a program like Asana. Evernote can be integrated with Asana and similar tools using Zapier to extend its functionality.

Which is right for you?

When deciding between Evernote and OneNote, the decision will really come down to your specific needs and situation. They share a lot of similarities: both are available across a variety of platforms, so you can use them on your phone, laptop or tablet. Both can help you gather and organize important information.

However, if you’re mainly interested in a note-taking or organizational tool, OneNote probably has the advantage, especially if you’re already using Office. The integration between OneNote and the rest of the Office tools is a significant advantage when it comes to collaboration and actually getting things done quickly. This could become an even bigger advantage over time. The fact that it is free with Office is also pretty compelling.

Yet, there is a great argument to be made for Evernote as well. It offers a free version and even its paid version is not overly expensive at around $45 per year. For the specific task of web clipping, for creative workers, and for users of Google tools and Asana, Evernote probably edges into the win column.

Learn more about OneNote and Evernote:

Microsoft OneNote for Beginners: Everything you need to know

What tools are you using to clip and share information with colleagues or to assist with gathering information for your work and personal projects? Leave us a message about it below.