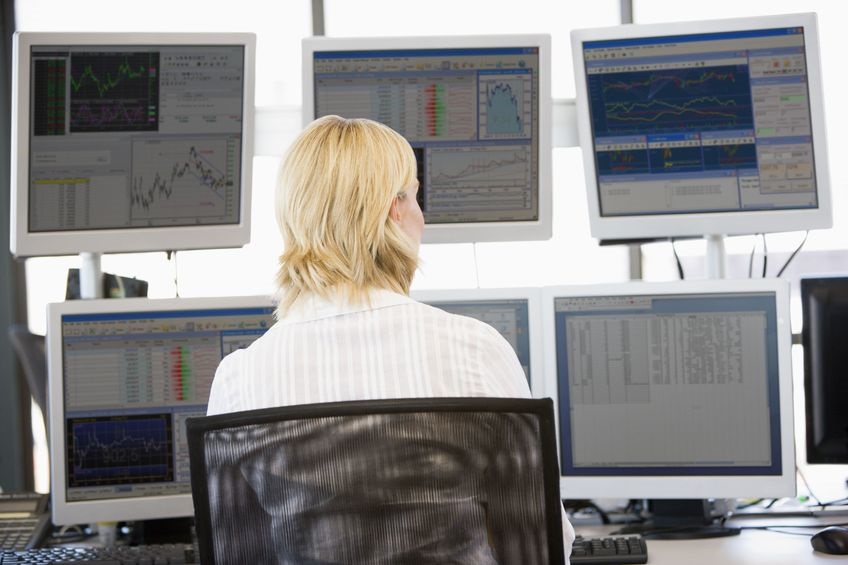 At Tolar Systems, we frequently suggest that our clients consider using a multiple monitor setup when they need to use several business applications in the course of their day-to-day work.

Some of the reasons we suggest this include:

To move between different applications. Instead of closing or minimizing screens, you can keep the screens open and simply switch to a different screen, reducing the time it takes to switch between tasks. For instance, in a fast-paced office that relies heavily on email to communicate, one monitor can be reserved mainly for sending and reading emails, while the other one is used for other tasks.

better portability between home, office and other locations such as conference rooms.  This is important for customers using devices like Microsoft’s Surface tablet. One or two monitors might be kept in the office, where the device can dock, while another might be used in the home. This allows for better ergonomics, which are frequently an issue with mobile devices.

Multiple screen setups are proliferating throughout the working world. NEC Display, a major monitor supplier, stated in 2012 that as many as 30% to 40% of its corporate customers had switched to multiple monitor displays.

Studies have shown that more screen real estate generally has a positive effect on worker productivity and is preferred by most users. There is as much as a 9% increase in productivity using wider screens (15” flat panel vs. 46.5” curved screen), as well as a 3.1% increase using dual over single screens. Task success increases using multiple as opposed to single monitors, with tasks performed faster and with less workload.

A single screen setup requires a higher mental workload for workers; they must keep mental track of what they were working on, in which application. Workers must switch, reposition and resize windows more frequently, and may open and close files that they did not intend.  Losing track of the cursor, excess navigation and forgetting to focus the appropriate window on large monitors have also been identified in studies as a disadvantage of a single monitor setup.

However, there are some disadvantages to a multiple monitor setup as well. The potential for more distractions is obviously higher the more screens you keep open, and desk space is also an issue since there is just never enough of that to go around.

Studies have shown that multiple monitor setups mean that workers need to spend more time determining why a particular document or application is open (i.e., you still forget what you were doing with that file sometimes, and the more files you have going, the more likely that is). Tasks may sometimes be completed more slowly, particularly if too many tasks are going at once, and multiple monitor setups can also be prone to cursor loss.

There are even some ergonomic risks inherent to a multiple monitor setup. Multiple screen displays can cause discomfort when workers remain stationary for too long because workers are frequently not aware of the need to adjust their monitors to different positions throughout the day.  More frequent adjustments should be made to maintain optimal distance between the display and user as the display area grows and the number of monitors proliferates.

However, it’s important to note that this type of ergonomic risk exists with the single monitor setup as well. The human body quite simply isn’t meant to sit stationary for long periods, so this is something to keep in mind as we go through our day.

Overall, Tolar Systems believes that the benefits of multiple monitor displays outweigh the few downsides they present, which is why we recommend this for clients looking for a way to increase their productivity. The ergonomic and discomfort risks should be kept in mind, however; workers should be encouraged to move about and adjust their monitor positions regularly throughout the day.

Thinking of switching to multiple monitors? Or have you already made the switch? Tell us about it: send us a message!